Recovering from Narcissistic Abuse: A Memoir by Dan McGrath

Narcissists tend to have an inflated sense of self-importance, an excessive need for attention and admiration, troubled relationships, and a lack of caring and empathy for others. While outwardly they portray extreme confidence, inwardly they need constant self-esteem boosters and get derailed by even slight criticisms, to which they often react in verbally abusive ways.

The portrait of a narcissist painted above fails to convey what it’s like living with such a person. Narcissists can be quite hurtful and emotionally devastating to their partners.

What’s it like to live with a narcissistic lover

Author Dan McGrath is someone who understands the lasting ramifications of narcissistic abuse on a personal level. In his latest book, he combines his personal memoir with self-help advice into one compelling narrative about his past relationship with a narcissist. 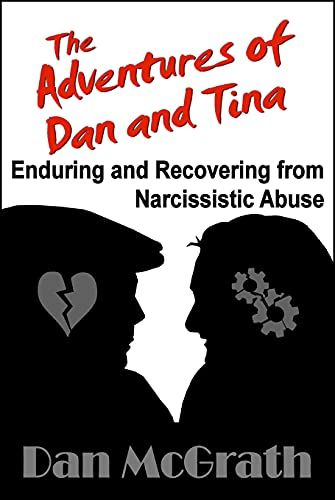 Dan McGrath gives readers a rare glimpse into his past of dating someone with a cluster B personality disorder. The main characteristics of untreated cluster B disorders include unpredictable or overly dramatic behaviors and thinking patterns. In the case of Tina, her personality disorder led to a highly dysfunctional narcissistic relationship with McGrath.

Victims of narcissistic abuse can experience a wide range of mental and physical symptoms. Anxiety, depression, panic attacks, and feelings of shame or guilt can become commonplace. But even with these unpleasant symptoms, victims may still feel deeply connected with their partner. This phenomenon is called a trauma bond, which McGrath says is akin to a dangerous drug addiction.

This memoir will keep readers on the very edge of their seats while passing on critical information for anyone else dealing with narcissistic abuse. After leaving a relationship full of betrayal, secrecy, gaslighting, and infidelity, McGrath was able to turn his life around on the road to recovery, offering hope to readers experiencing similar struggles.

Dan McGrath is a recovering codependent and an outspoken advocate for victims of narcissistic abuse. He lives in Minnesota, where he enjoys writing, producing music, flying airplanes, and engaging in local politics. He has also served as a director and a president of various non-profit organizations, a campaign manager for political candidates, and a chairman of a ballot committee. McGrath has been featured in local and national newspapers, radio broadcasts, and television programs.